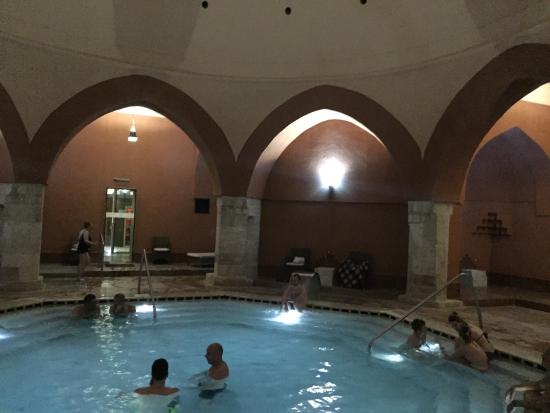 The Baths are a monument of Turkish origin. Dating from the 16th century, the baths are still in a relatively good condition. The buildings facing the street were erected in the 19th century, and are in the Classicist style.

During the 1860’s, a conversion to steam-baths took place.

The use of the baths for medicinal treatment occurred from relatively early on; its mud-baths were already operating in the first-half of the 20th century. The waters are sourced from the wells of the Lukács Baths wells, and from the Magda–Spring on Margit Island

The Komjádi Sport Swimming Pool was a later addition to the northern wing of the Baths.