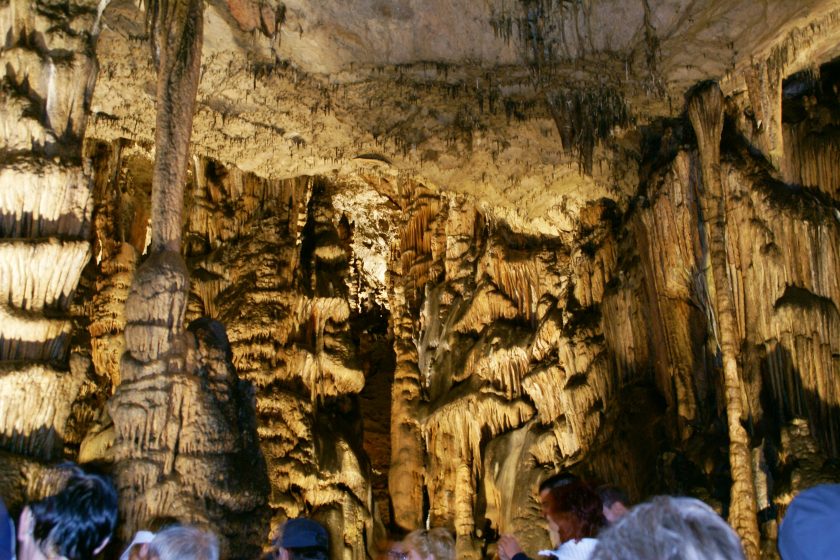 The Aggtelek National Park in north-eastern Hungary was established in 1985 primarily to protect inorganic natural treasures, surface formations and caves. Seventy-five percent of it is covered with deciduous forest. The clearings scattered about like a mosaic, the areas of rock and the hillsides dotted with rocky outcrops provide a habitat for rare plants, a rich insect world and more than 220 species of local birds.

Getting there: from Budapest on route 3 you can get there in two ways: at Miskolc you can take route 26, then at Sajószentpéter turn onto route 27, from which the road towards Aggtelek-Jósvafő branches off. Or you can go on the route connecting Hatvan (route 21) to Nagybátony (routes 23, 25) and Ózd-Serényfalva-Aggtelek.

In the relatively small area of the National Park (approx. 20,000 ha), there are more than 200 caves of various sizes to be found.

Here in the Aggtelek and Slovakian Karst, together forming a geological and geographical unit, Central Europe’s largest cave system was formed. The longest cave in the Karst area and also in Hungary is the Baradla Cave, the total length of which, with its side branches, is 25 km. A 5.6 km section lies in Slovakian territory and is known as the Domica. The cave was formed from 230 million-year-old Middle Triassic limestone. The start of its formation can, on the basis of geological data, be put at around 2 million years ago. The waters of the streams got into the system of cracks and, by dissolving and eroding the limestone, slowly widened the crevices and formed the present passages. The dripping water deposited its lime content, forming the stalactites and stalagmites of various size, colour and shape decorating the passages. These formations inspired the imaginations of discoverers and visitors, who gave some of the formations special names like Dragon’s Head, Tiger, Mother in Law’s Tongue, the Hall of Columns and the Hall of Giants.

During archaeological excavations innumerable finds have shown that ancient man knew of the cave, and even used Baradla as a place to live.

Also open to visitors are the hydrologically significant Vass Imre Cave and Béke Cave, the waters of which are suitable for curing people suffering from respiratory disorders.

The caves may be visited on guided tours lasting 1, 2, 5 or 7 hours. These start from Aggtelek and Jósvafő. Classical and other concerts are held in the Baradla Cave’s beautiful Concert Hall because of its wonderful acoustics, which provide a very special experience for visitors.

On the surface there are marked study trails. Along the botanical, zoological and ecology trails visitors can become acquainted with the treasures of the surface of the karst with its plantlife, habitats, traditional landscapes, village life and industrial and cultural history. Visitors can also observe the surviving folk customs, traditions and crafts. The seven km trail between Aggtelek and Jósvafő (the Baradla study trail) is marked with yellow markings and takes about three hours. The Tohonya-Kuriszlán nine km study trail around Jósvafő takes about six hours. The Alsó-hegy Zsomboly study trail is marked by a red “T” in a white circle.

Recommended Excursions:
Besides its natural attractions, the area has architectural and cultural things of interest to the visitor. Human (Rudapithecus) remains were found near the village of Rudabánya, in the 10-12 million year old lignite layer. One of Hungary’s most significant collections on the history of mining can be found in the Ore and Mineral Mining Museum here.

The late-Gothic Calvinist Church with its three naves was built in the 14th-15th centuries.
Villages with the typical medieval one-street layout are nestled in the valleys. Several of them are famous for their churches; for example, the 12th century Szalonna and Tornaszentandrás churches. A uniquely interesting feature of the latter is that it has not one, but two semicircular altars.
Those interested in folk crafts can visit the Foncsika folk weavers’ workshop in Hídvégardó, the wool processor in Gömörszőlős (which uses machinery that is nearly one hundred years old) and the gingerbread and decorative crafts workshops.